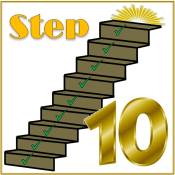 I’ve got a spreadsheet that will automatically count my daily words, my daily word average, and my total words. I’ve made a decision to put the whole 50K draft into a single file, since that’s how I’ll need to submit it to Camp NaNoWriMo for verification. For now, it’s all about getting the words down!

LATER: My brief flirtation with WordPad has ended – I’ve decided to stick with writing in Word. It’s what I’m most accustomed to, so it will go more smoothly. Also, Word will give me a total word count automatically. Word it is! As for other word processing programs: I have nothing against them. My husband uses OpenOffice all the time, and I once wrote an entire test bank for a college text book in WordPerfect, which I liked a lot. My office, however, standardized on Word years ago, so it’s much simpler to use that one.

I’m READY! And I have to wait four more days to begin.