After 5 1/2 years, it’s time for me to stop updating this blog. It’s been great, and I really appreciate all the people who’ve followed me over the years. Thank you!

I’ve not stopped blogging, though. You can keep following me over at my website: www.celiareaves.com. See you there in 2020! 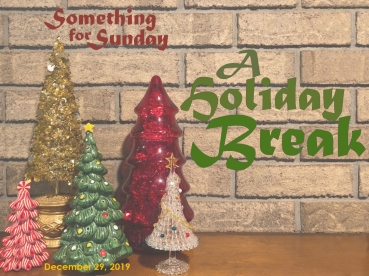 I’m taking it easy during these holiday weeks, and I hope you are able to do so as well. Whatever winter holiday you hold (Christmas, Hanukkah, Solstice, Yule, Kwanzaa, Festivus, or just Let’s Get Together), may it bring you joy, peace, and strength as we go into a new year and a new decade.

This post marks the last time I’ll be updating the blog here on WordWacker. It’s been a wonderful 5 1/2 years, but now it’s time to move things over to my own site: www.celiareaves.com. If you’ve been enjoying my content here, I hope to find you over there, but either way, thank you for visiting me over the years. My followers are awesome and I value each and every one of you. Blessings on you and yours, and peace out!

This is the last of my looks back at 2019. The winter solstice, the point where the days are shortest in the northern hemisphere, occurred last night. This is often considered the turning of the year, the point where the world begins to shift from darkness to light. In honor of that event, I’m looking at some key aspects of my life to explore how they did and did not change in 2019.

So that’s where I am right now, at the cusp of the year. There won’t be much more from me in 2019 (the weekly photo challenge is on hiatus in the last week and I will just drop short greetings). Look for more in 2020!

Time is running out! If you wish to keep finding my content in 2020, you need to switch to my site (www.celiareaves.com), because starting in January I won’t be updating here any more. I hope to see you there!

The Lens Artists this week ask us to share images of displays. The first fits with the season: it’s a small part of the collection of Christmas trees I set out on my mantle at this time every year. I love their bright colors and the huge variety of materials they are made of.

The second couldn’t be more different, except that it also contains many different colors. I wanted to get a 20-sided die to give to a gaming friend of mine as a thank-you for a small favor she did, and spent some time ogling the huge variety of polyhedral dice available at my local gaming store. Each little box contains seven different dice identified by the numbers of sides they have: four, six, eight, ten, and twenty. (There are two with ten sides, one marked 1-2-3-etc. and one 10-20-30-etc. You roll them both when you need a percentage.) All those who love tabletop role-playing games (Dungeons and Dragons and its many descendants) also love dice. Aren’t these lovely?

Posted in response to Lens-Artists #76: On Display, with thanks to Amy for posting this week’s challenge.

Remember that starting in a few weeks, I will be posting only on my official website: www.celiareaves.com. I hope to see you on my new site!

Now that we’re into December, I’m taking time to look back at 2019 in various ways. This week I’m taking a look at the haiku I’ve posted on Twitter. There have been hundreds of them, so winnowing it down to just 12 proved quite a challenge. I’m going to cheat by first listing some of the categories I won’t include in the final dozen.

The newest haiku challenge I’ve joined is #ReelKu. It invites people to post haiku based on a particular film, chosen each week by @deft_notes (Jonathan Roman). It only began on 11/17, and I’m proud to say I gave it its name! The current film we’re examining is It’s a Wonderful Life. Here is one of my contributions:

I’ve been participating in #SciFaiKuSaturday pretty much since it launched. It’s sponsored alternately by @­_Irene_Dreams_ and @HawkandYoung. They post a prompt, and we write haiku in a science fiction vein based on the prompt. Here’s one I did this year:

robot uprising
not born out of secret lairs
but algorithms

By far my largest set of haiku, though, was written for the #HaikuChallenge, hosted by @baffled. It’s daily, so I’ve written 349 of them so far this year! Looking over them, I see there are some themes that come up again and again. One is words, unsurprising since I’m a writer. Here’s one:

Many of them relate to the realities of modern life, good and bad. This one, for instance, is especially relevant now that the holiday online shopping season is in full swing:

For some reason, lots of the haiku I wrote had to do with birds, including this one:

The dozen haiku I’ve chosen for this post, though, reflect the changing seasons as I followed them through the year. Here they are. Enjoy!

I sit on the porch
in a sweater, sipping tea
and watch autumn fall

One final note, about the headline image for this post. It is a detail from a painting we purchased in Tokyo in 1984. I’m sad to say that I don’t know the name of the artist, but to me it fits well with the elegance, simplicity, and focus on nature embodied in haiku.

Please note that all starting in a few weeks, I will be posting only on my official website: www.celiareaves.com. I hope to see you on my new site!

The Lens Artists photo challenge this week is about nostalgia. Since it’s the time of year when we’re decorating for Christmas, my thoughts went to one particular holiday tradition at my house: the little blue ornament.

This is the only ornament that survives from the first set my parents bought when they got married in the 1940s. It’s nothing special, just an unadorned blue sphere a couple of inches across, except of course that nostalgia makes it special to me. When I hang it on the tree, I have a warm, settled feeling of connection with my family’s history.

Posted in response to Lens-Artists #75: Nostalgic, with thanks to Tina for posting this week’s challenge.

Please note that all starting in a few weeks, my images will only be posted on my official website: www.celiareaves.com. If you want to see the pictures I post in the future, you’ll have to follow me there. I hope to see you on my new site!

Now that we’re into December, I’m taking time to look back at 2019 in various ways. This week I dug through more than 100 photos I posted on the blog this year and pulled out 12 of them that I especially liked or that meant a lot to me for some reason. My photos were all taken with my trusty iPhone camera (not the Nikon my husband uses, which graces the headline image for this post). The reason I love my phone camera is because I always have it with me, so I can grab a shot wherever I am. Here are the images I picked, in the order in which they appeared. (Click the link in each entry to see the original post.)

I have to say that taking and posting photos has been one of my great joys on the blog this year. I’m happy to share a few of them with you.

Please note that all starting in a few weeks, my images will only be posted on my official website: www.celiareaves.com. If you want to see the pictures I post in the future, you’ll have to follow me there. I hope to see you on my new site!

The Lens Artists photo challenge this week is to post images that are abstract. That is, in the words of Patti Moed who set this week’s challenge, it is an image that “goes beyond what we normally see in the real world. It makes viewers ask questions and use their imagination.”

I wandered around a lot looking for photos that made me question what I saw or look at things in different ways, before I finally wandered into the foundation of my world: the basement. I looked around at the disorganized shelves and the stacks of stuff, and saw things I hadn’t noticed before. This is some of what I saw that I don’t normally see. 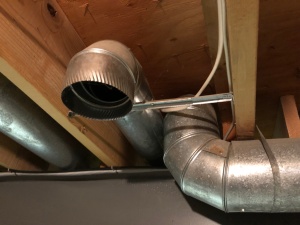 Heavy electrical cabling coming out of the main junction box 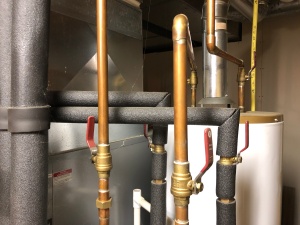 One last shot that includes all of the above: ducts, wires, and plumbing, receding into the crawl space behind the basement 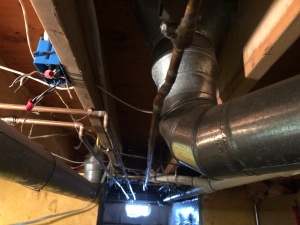 Posted in response to Lens Artists #74: Abstract, with thanks to Patti for posting this week’s challenge.

ON ANOTHER NOTE: Starting in January 2020 I’ll be posting only on my official author website. If you enjoy my content, please start following me there: www.celiareaves.com. I value every one of my followers, and I hope you stick with me!

Now that we’re into December, I’m taking time to look back at 2019 in various ways. This week I begin by listing a dozen books I read this year that I really enjoyed. I found I couldn’t rank them from most to least favorite, so they’re in the order in which I read them.

The Lens Artist photo challenge this week is to share images of the cold. Winter hasn’t fully hit where I am.The high temperature today is expected to be 55°F (13°C), which means I can’t really get good cold pictures right now. Instead, I’m pulling a few out of my archives.

Here’s a really old shot of a visitor in my back yard doing some last-minute stocking up for the season. 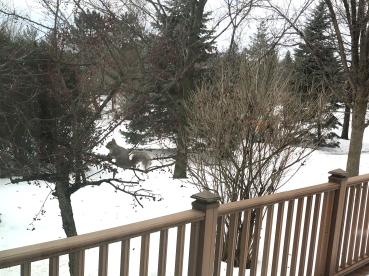 This boulder on the campus where I taught wears its winter coat well.

The holly outside my door, with the red berries popping against the green leaves and white snow. 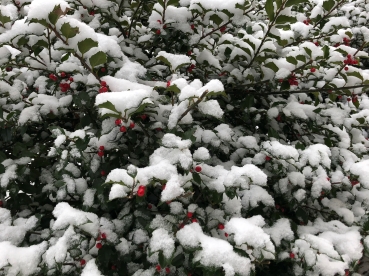 Finally, my husband, my hero. Before we both retired he worked for a company in another state, telecommuting each day from our basement, but he still got up early in the snow to clear the driveway before I left for my own commute.

Posted in response to Lens-Artists #73: Cold, with thanks to Tina for posting this week’s challenge.

ON ANOTHER NOTE: Starting in January 2020 I’ll be posting only on my official author website. If you enjoy my content, please start following me there: www.celiareaves.com. I value every one of my followers, and I hope to see you over there!