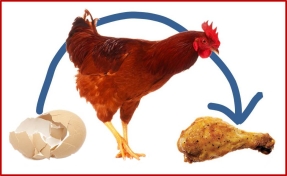 A character’s life is never easy.

My next step in my NaNoWriMo prep plan is to get the arcs for all my characters planned out. This is actually one step in Randy Ingermanson’s Snowflake Method that I’m adopting because it’s helping me make sure everything fits together and that every one has a purpose and a role in the story. I’ve decided to work this out for six characters: the romantic interest, the mirror character who shows the error of the main character’s original view of the world, two secondary characters who contribute significantly to the plot, and two antagonists. The main character isn’t in this list because the whole plot has already been constructed around her character arc, so I don’t need to go through this exercise for her.

For each character I am giving the following things (loosely based on what Ingermanson describes in his system:

I’m supposed to have this all done by tomorrow, but probably won’t. Yesterday was the last day of classes and I’m in crazy end-of-semester grading mode. I won’t be more than a day or two late, though. I expect to be able to catch up with my deadlines after next week, when all the final grades are in and I’m really done. I am SO looking forward to that moment!

How about you–how do you develop your characters? How to you give them stories of their own within your larger story?